Recently I was hard at work trying to figure out how a new polymer clay technique was done. Now I could just buy the tutorial on Etsy but I constantly endeavor to exercise my aging brain so I was attempting to reverse-engineer it by myself. I was also trying to figure out why I was feeling slightly annoyed while discarding this and that theory about the technique's technical ins-and-outs. Then I realized that what the originator of the technique was doing with it was just not living up to its potential. They were simply creating various ways to use it without any in-depth attempt to really exploit it and make me want to learn the secrets of its invention and ways in which I could enhance my own work-- make it my own-- instead of merely copying it and making an object with it. I make lots of objects myself, mostly experiments that result from trying something new with polymer but I wanted the inventor's examples to pique my curiosity, to make me sit up and say “wow!” To start my brain on a whole series of “what-ifs” and send it down the rabbit's hole of discovery. To make me see my medium and my artistic options in a whole new way.

If any of you follow my Pinterest board “Polymer Clay”, you'll notice that I don't post a lot of images there. Sometimes this is due to the fact that some sites are rights-protected and I can't “pin” them but more often because I don't post anything that doesn't grab me, at least in polymer clay work. This is the reason that I don't often post my experiments on Flickr-- I don't crave public approval so I only try to post work that has ripened, you might say-- work that will nudge you in your creative backside and send you on a journey of your own. I'm not saying that I always succeed but it is always my ultimate goal.

So here's my only New Year's Resolution for 2013--my stated purpose in working in polymer clay or in any creative medium, for that matter. It's not good enough, I believe, just to make something beautiful, however enjoyable it is for me and however enjoyable it happens to be for others to gaze upon. My purpose will be to strive to make something that arouses the viewer's curiosity to wonder “how did they do that”? To inspire mastery, not only of the technical skill in order to duplicate it but to discover what the hidden or underlying meanings might be, both to the maker as well as the intended audience. To inspire others to produce work that is not merely attractive, even though that is not a bad thing in itself, but work that illuminates some underlying condition of the human spirit or experience. To help us realize who we are and what our contributions to life on this planet and in this Universe are and could be, even on the small scale of one piece of work by one human being in one tiny corner of the cosmos.

Here are some pieces I just finished by using my own methods instead of those of the tutorial I didn't buy. Created in my own way of working, I like them much better than if I were just copying the originator. They tell my story. 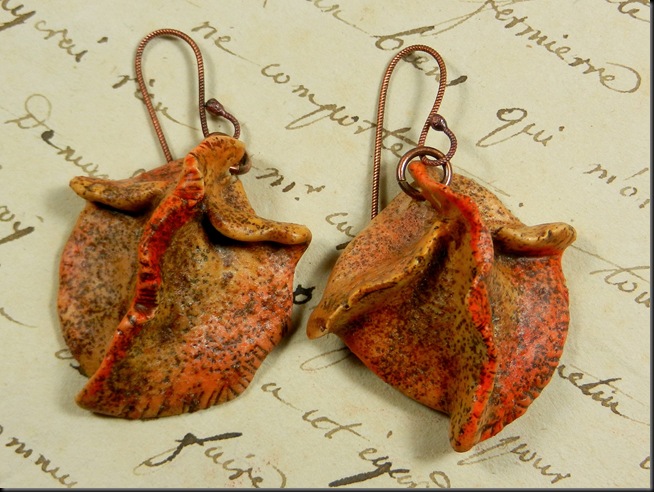 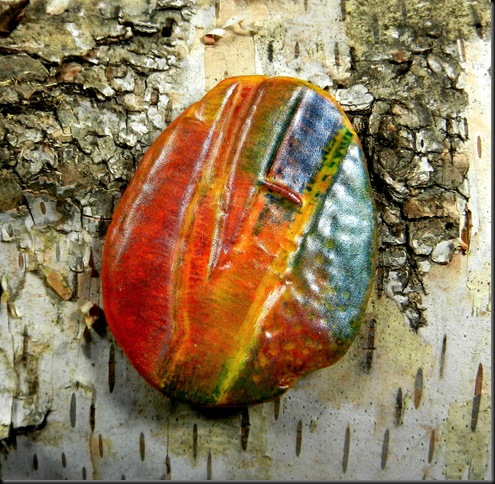 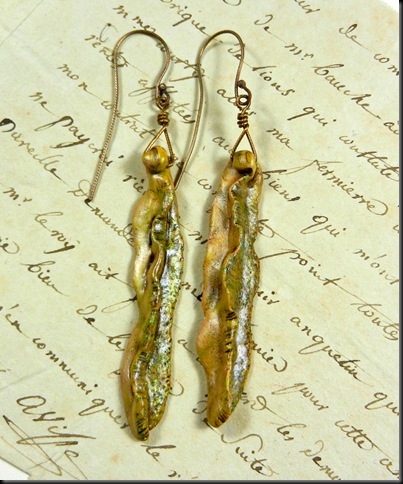 “Like the Color When the Spring is Born” – Polymer clay 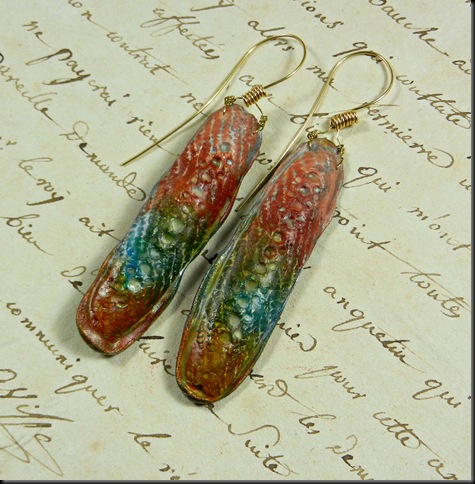 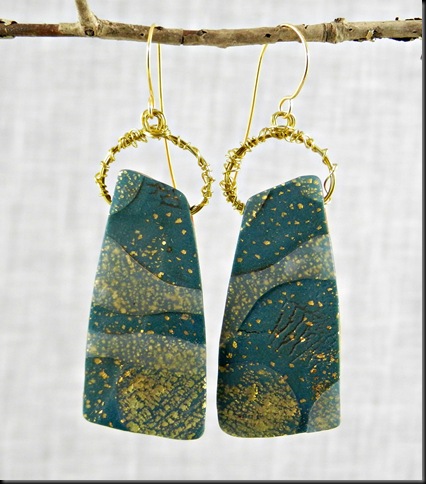 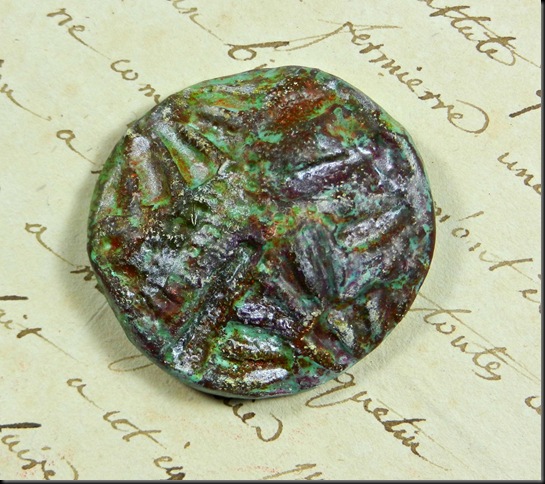 Posted by Stories They Tell at 9:03 AM