It's an interesting feature of the English language that so many words have both positive and negative connotations, depending on their context. “Void” is one of these.

“The Void” is used to describe the endlessness of Space, the trackless nothingness between the planets--at least in the language of sci-fi and PBS Nova specials.

But a void can also be an opening into a mysterious universe not easily seen from the outside; for instance, the space within a geode that's a fabulous interior crystalline mini-world. Or the multiple voids between the cells of a honeycomb, their totality an amazing geometric insectoid palace. It suggests mystery, the unseen, the hinted-at possibility.

Design has an affinity for voids. I hesitate to call them spaces, as that reminds me more of a defined and enclosed human-made entity, like an empty spare bedroom. No, voids are special and organic, not mere holes and when used in design they help to define texture and shape by their very lack of content, which is the potential for discovery of something beyond the obvious.

I went back through my Flickr gallery to find examples of voids for this post and I'm amazed at the number of times I've used them without actually being consciously aware of their power. 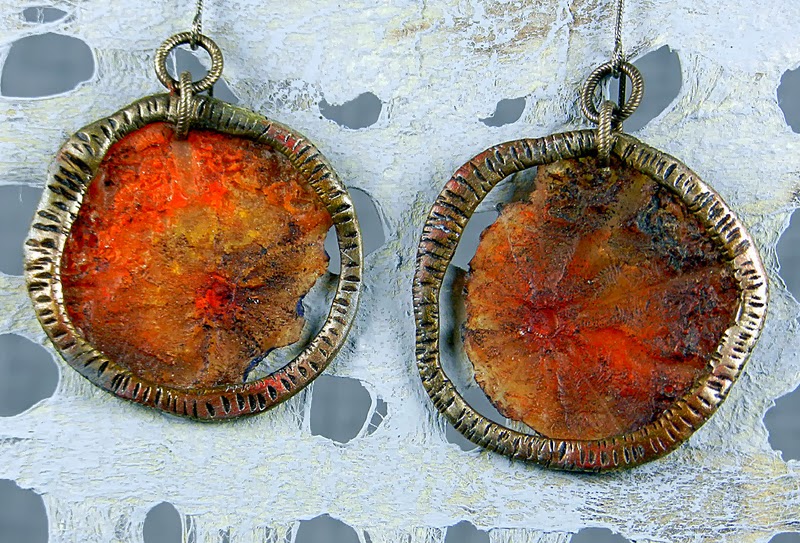 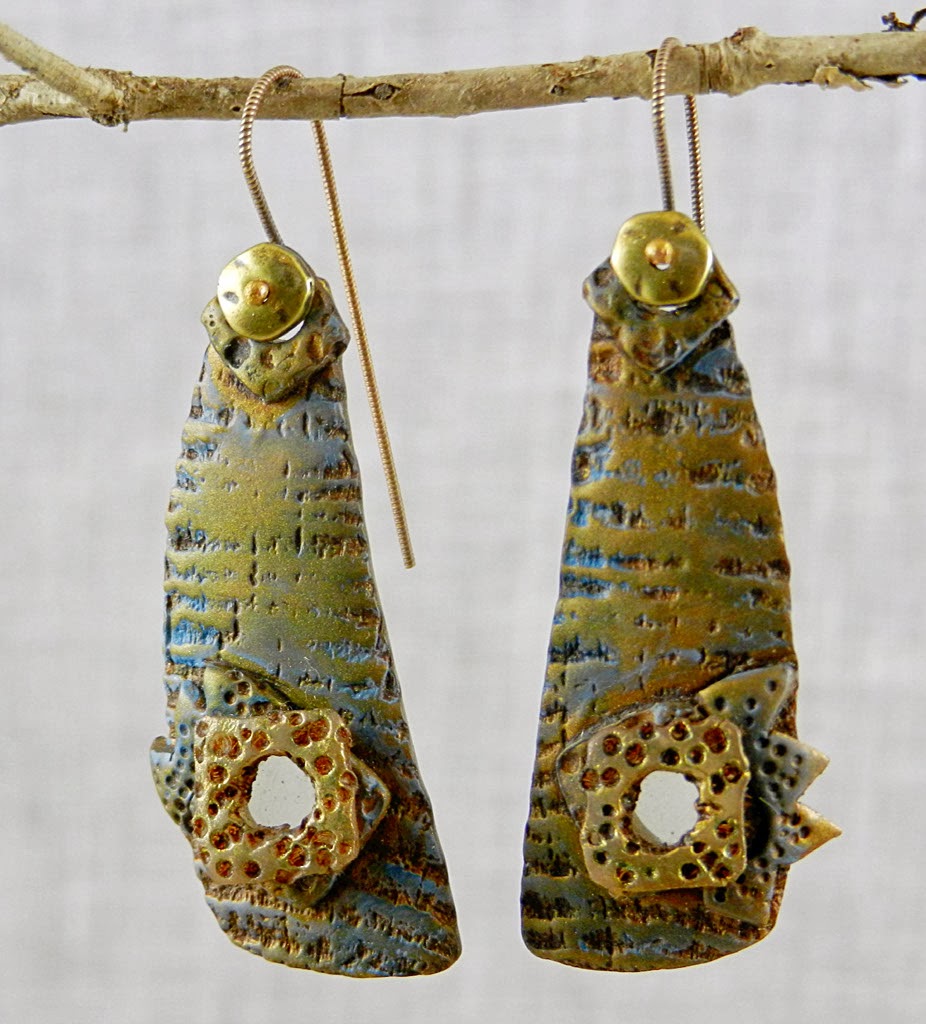 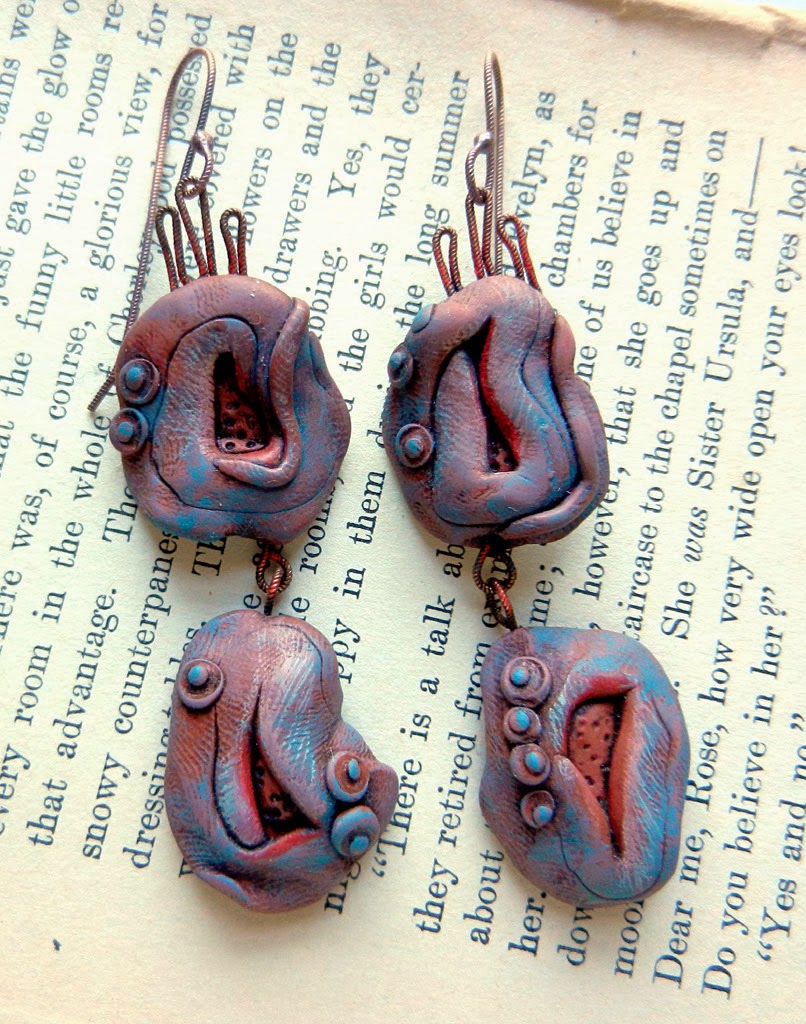 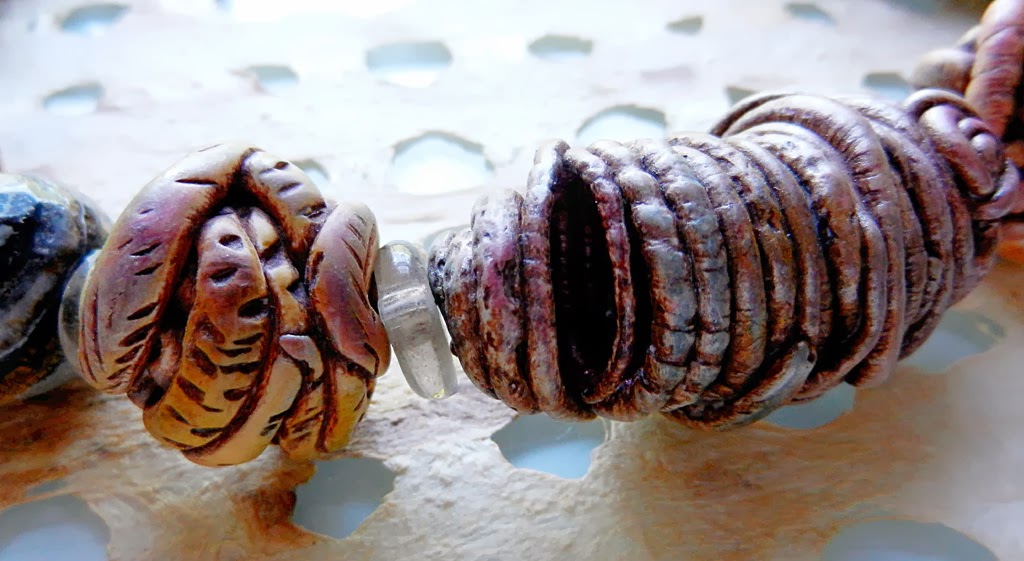 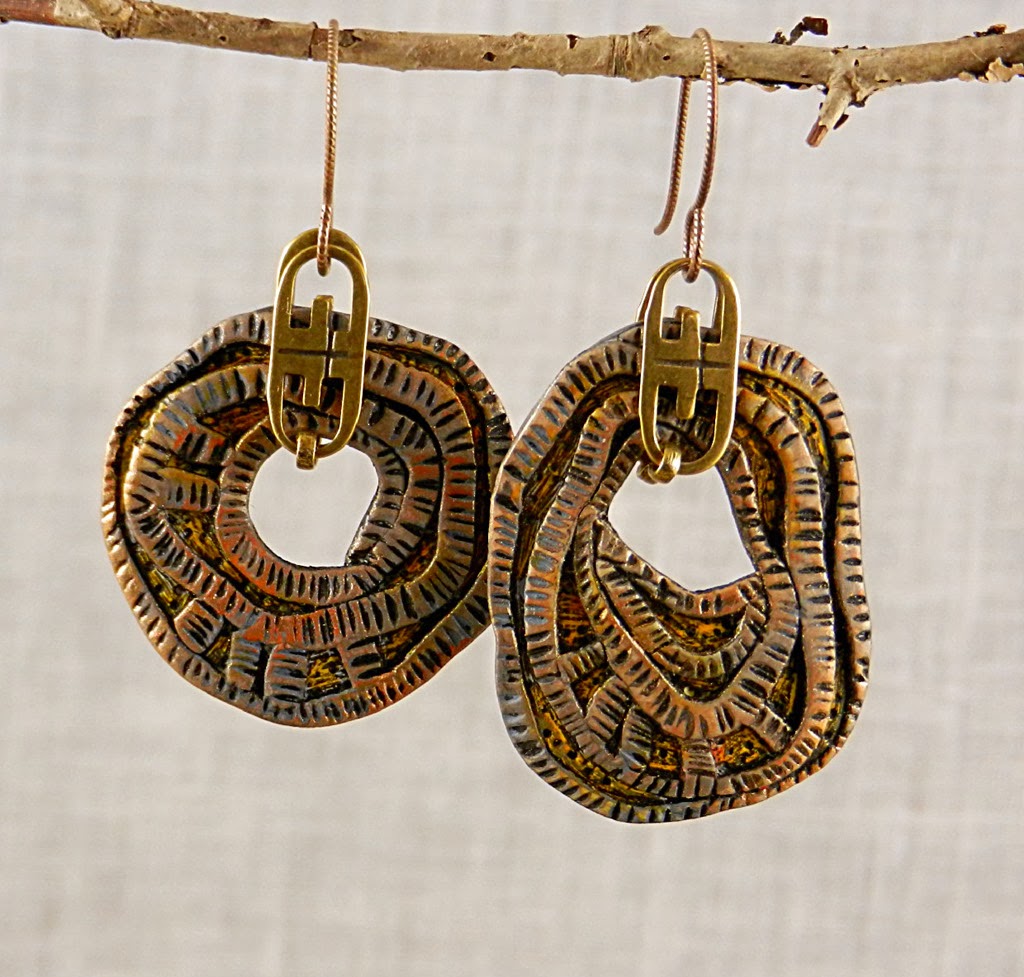 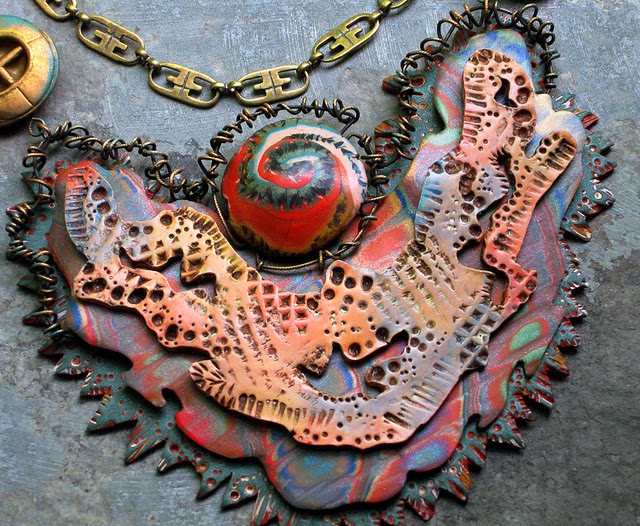 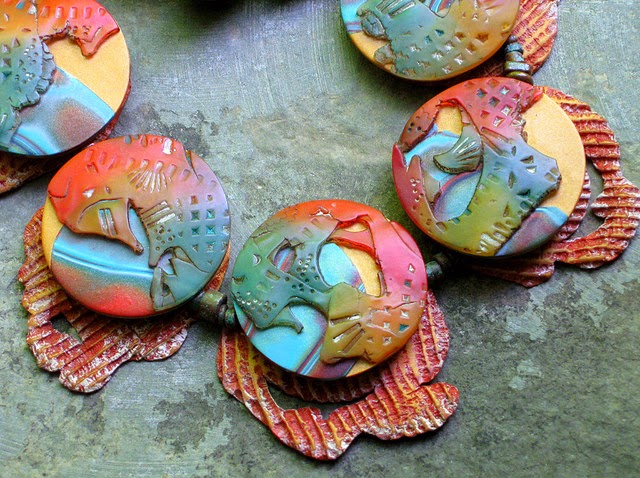 
I did consciously use voids in this last piece, submitted for this year's International Polymer Clay Guild's Progress and Possibilities competition, called "Midnight in the Temple Garden". I don't know the results of the judging yet-- it's one of those voids in life that holds possibilities. I'll keep you posted. 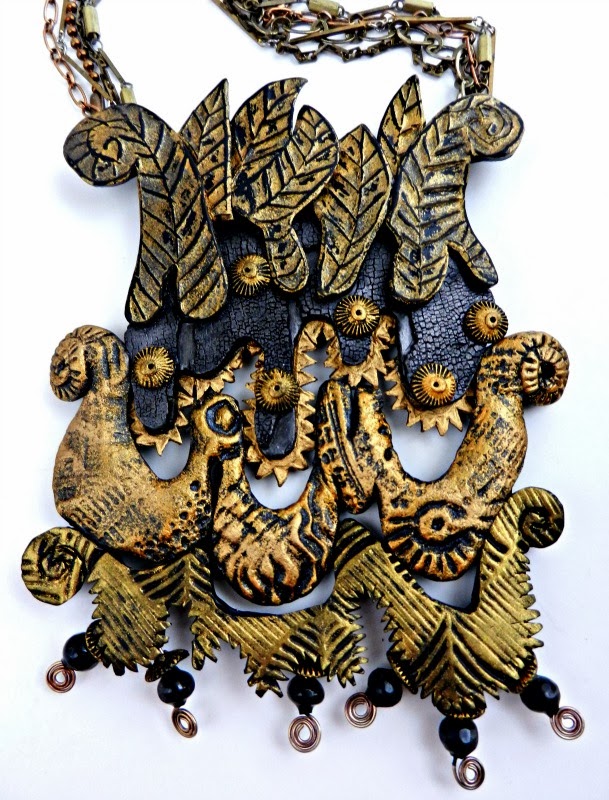 "Midnight in the Temple Garden" - detail 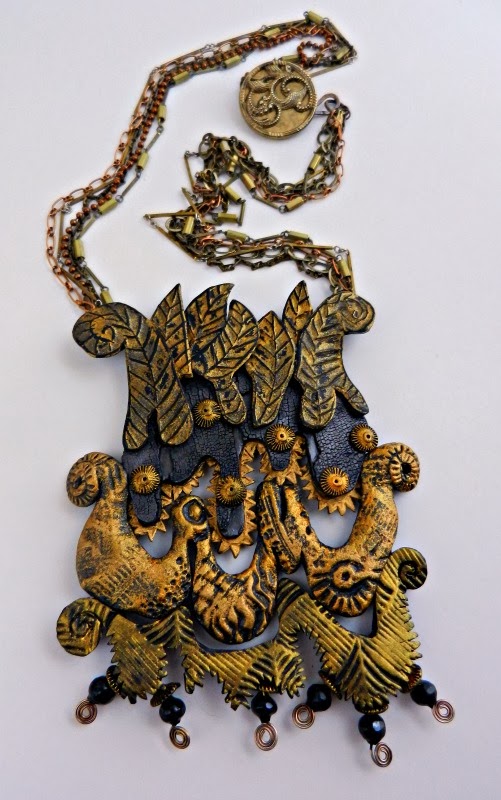