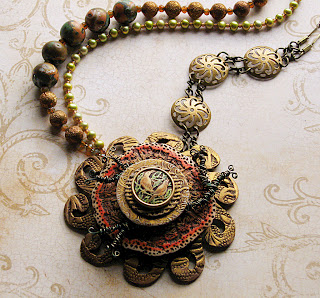 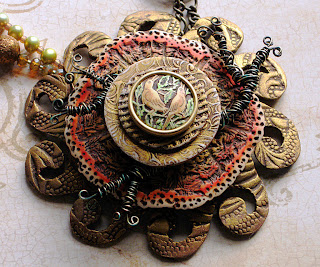 I will be teaching a class at ArtBliss in September 2011 in this technique of layering textured and antiqued polymer elements with found objects and metals. Cindy Wimmer and Jeanette Blix, the co-founders, tell me that there will be class descriptions and more information about the instructors up on the site in the very near future. Guess I'd better get mine written and submitted! This September's ArtBliss promises to be as exciting, informative and inspired as last year's inaugural event, so it's an occasion not to be missed.
Posted by Stories They Tell at 2:30 PM 9 comments:

Like most jewelry artists/designers I know, I am addicted to beads and tools. The tool obsession we will address in a subsequent post-- beads, however, are ingredients, just as butter, sugar and chocolate are ingredients for a baker. You need ingredients to make a bracelet just as you would to make a batch of cookies and when inspiration strikes is not the time to go to the store. You need these things in your jewelry “pantry”, just as much as Martha Steward stocks bars of semi-sweet Valhrona.


So shopping—either on the Internet or at a yard sale or an antiques mall-- is a necessary and valid pursuit of your time as an artist, as I frequently tell my spouse. Browsing is mandatory. You may not be planning to buy but you have to see what's out there, add links to your Favorites file or maybe print out some photos for your sketchbook.
I just spent a productive couple of hours perusing the fabrics on Quilthome.com. If you aren't inspired by the colorways of Kaffe Fassett's fabric line, I would suggest holding a small mirror over your lips to see if you are still breathing! And the colors aren't even the best part--I printed out no less than five or six pages on my black-and-white Canon printer as pattern prompts for future design projects.

The ingredients sitting in my studio this week are a real mixed bag-- some beads, some organizing aids, some that would fit into the category of bizarre. Here's a look: 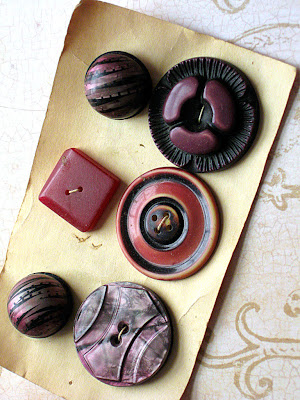 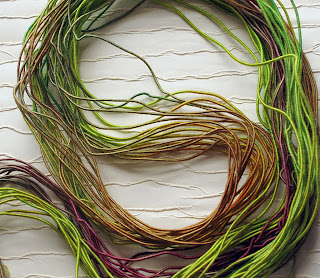 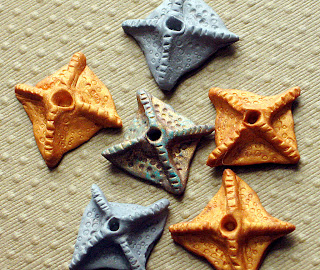 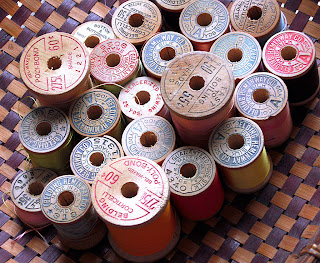 Vintage thread spools from an estate in NY 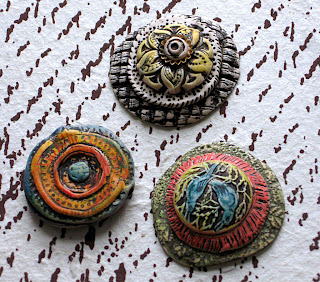 Experiments with colored pencil and polymer 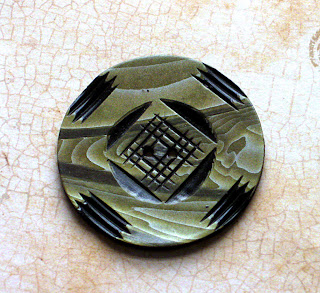 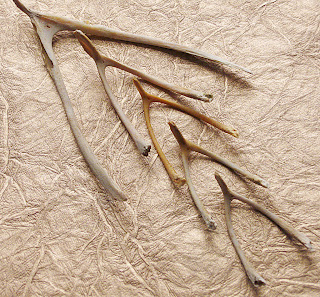 Wishbones collected in the wild by Bonesinger
As I constantly play around with new ideas in my polymer work, I'm always doing little experiments and making things which then lay around my studio in various boxes waiting for inspiration to strike. They, too, are ingredients. As my refurbished studio comes together, I just wish I could find a better way to organize them. The 1” high plastic presentation boxes below, from Bellandaria Designs I fit with white nubbly shelf liner so they keep designs in progress from becoming disarranged while the boxes stack neatly on my shelf. They can also be strapped into a trolley that Bellandaria sells if I need to cart them to a gallery or an appointment with a buyer. 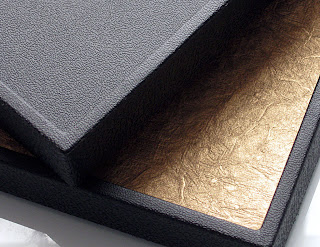